This past week I discovered how to travel through time. The wormhole I discovered works for travelling to the past and the future. Pretty cool.

So, I had to do something difficult this week. I had to stand and fight. I’ve always been a fighter, but then I’ve nearly always run or I haven’t had to run because the fight was at a distance. This fight is not like that at all; it’s in my face and it’s there all the time. It’s something I’ve deliberately chosen not to run from. It’s scary because I don’t know what’s going to happen next. It sure as shit makes me bloody uncomfortable, but that’s ok, cos guess what? Being uncomfortable is just a feeling and feelings can’t actually hurt you, especially when you’re standing up for what’s right.

This fight has provided me an awesome opportunity to visit the past. I was able to reflect back on many of my experiences where I had blamed myself for what had happened. It was my fault because I did the wrong thing, I’d told myself so many times, but through the lens of what is unfolding I can see that it wasn’t always my fault and that I rarely did do the wrong thing, but I’d been blaming myself for it nonetheless.

I went back to those experiences and saw them for what they were: not my fault, not my wrongdoing and it gave me freedom and peace of mind to see them for what they actually were; the transgressions of others for the most part; something over which I had and continue to have no control.

Not only did I get to reshape the past, but standing and fighting will no doubt shape the future. I am travelling to my future and making a mark on where life will take me by doing this hard thing, this difficult thing, this uncomfortable thing, this right thing.

I credit this whole adventure thing with my decision to stand and fight against formidable and resourceful opponents. I’ve looked back on the hard things I’ve done in my life: walking almost 400km on my own carrying a 22kg pack, getting up on a platform in the Queen Street Mall and giving a talk about embracing discomfort, hosting the Women’s Adventure Film Tour and basically just hitting home runs off the curve balls that life seems to love sending my way.

Being adventurous and being willing to embrace discomfort has given me the fortitude to tackle whatever life throws at me. 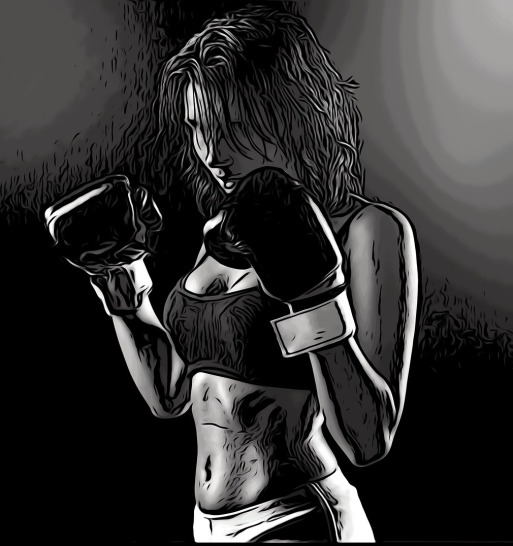