Yesterday I had a really bloody awesome day because I approached it with an attitude of adventure. I went to a morning with this bunch of people who get together once a month at the group leader’s house. Really, I didn’t want to go because often, these kinds of groups can be just be a bunch of people whinging about stuff that’s wrong with them. I find it really hard to cope with any kind of whinging, especially about physical ailments (I am not my brain injury and you are not your knee replacement) and my mind kept backing me up by saying, “No don’t go. It’ll be boring.” But then my brain showed up and started yelling and stomping because of these things called pancakes. “What the hell is wrong with you? Pancakes! They’re having pancakes! We’re going, I don’t care what you say.” With that, my brain went off to pack our own bottle of maple syrup just in case the group didn’t have any of their own. They did have their own; four bottles in fact, not to mention all the other awesome stuff like icecream, passionfrut, mango……ahhhhhhh. I got to drive a lot of pancakes into my face AND come home with a full bottle of maple syrup. Yay 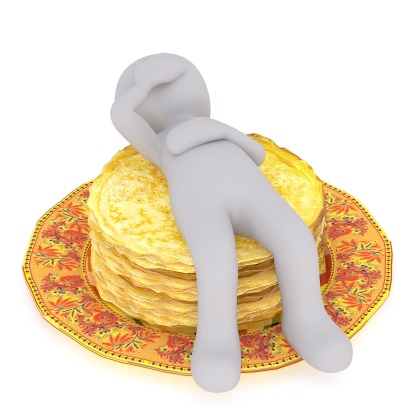 It wasn’t really the pancakes that made the morning so enjoyable. It was the connections I was able to make with the other people there. I met a really cool lady who invited me along to another event that I wouldn’t have heard about had I not gone to the pancake gig. We had a really meaningful conversation about racism and I was forced to realise that I’d harboured a blanket-belief about people from her generation: they are nearly always racist. It’s really interesting to me that I don’t even realise that I have these judgements until they come along and wack me on the back of the head like this one did. After I got the wack I couldn’t really say why I’d thought that pretty much EVERYONE from a certain group would have certain thoughts. How the hell would I even know that?! What an idiot! No wonder people are racists – that’s pretty much what I’d been doing all along with my dumb idea about an entire generation. Does that make me a generationist? Is that even a word? Yes it is.

After the pancakes I went to see the Hillbilly Goats in Bundaberg. My mind kept telling me that we were too tired after all the pancakes, but my brain said, “Shutup you! There’s banjos. Are you listening? Banjos!” So I pulled on my boots and off I went. I was pretty impressed to see that the banjo player in the band and I had exactly the same doc martens with exactly the same red laces.  Yeah, I felt pretty cool!

The night was awesome! I got to bust some hillbilly moves with these ridiculous high kicks and heel-and-toe shenanigans that I’ve come up with by dancing alone in my lounge room (I love dancing, but no one will ever come out with me, so I jump around to Nick Skitz by myself at home). I also sat with a lovely lady I’d met once before at Woodford Folk Festival a couple of years ago and chatted to another dude about giving me banjo lessons.  There were a few things that would have normally got my goat (get it!), like some drunk dickheads falling all over the place in front of the band and just generally being annoying, but I didn’t let it get to me and for the first time ever, it wasn’t a giant effort. It was pretty cool and the whole day just come together in this magical way that made me realise that all the effort I put into making myself into a better person does actually make a difference. Taking responsibility for your life; your feelings, your beliefs and the way you respond to stuff isn’t easy at first, in fact, it’s downright painful, but if you keep at it, your life can become pretty damn amazing.