I recently learned that my clothing has magical qualities, namely the ability to disappear. Luckily this only happens when the clothing is not on my body otherwise it might make for an embarrassing episode of unexpected public nudity. I’ve only noticed the magic once so far and that was on the 13th of November this year and I wrote about the incident that lead me to believe in magic here.

After the people in question stole my clothing  I submitted a complaint via the relevant online portal for that particular state government department (yes, it was public servants who stole my belongings) suggesting that my clothing be returned or I be paid the amount of money I calculated to be a fair sum to replace the articles that had gone missing ($194.95: pocket knife, lip balm, hat, sunglasses, New Balance running shorts and branded t-shirt). Imagine my surprise (sarcasm alert) when the department denied that my clothing had been stolen, which of course absolved them of the need to return it and meant that they wouldn’t need to compensate me, or even take any responsibility for anything that happened that day. How convenient for them! I wonder how I would have fared if I had done the same to them?

Ok, so if I’m insane and the cops didn’t steal my shit, here’s what I think might have happened. I have a few ideas. I’d love to hear what you think of them:

I don’t hate you.

I just lost all respect for you. 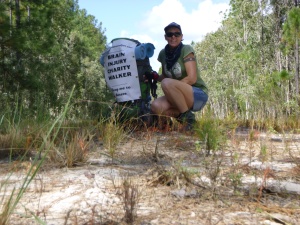